The Cultural Density of Kurage Hime

Books are one of the safest places to learn. Sure there is the non-fiction and the educational books that we are forced to read for whatever reason in school or at work, but that is not really what I am talking about. The whole emotional spectrum is wide open to readers no matter the subject or genre; the exhilaration of a high speed chase, a heartbreaking break-up, the first fluttering of a romance, heart-lifting victory. How do we deal with these feelings? How would we react if we were in their shoes?

When we read a text or watch a foreign film, we are confronted with the beliefs and learnings of another culture. The whole world has been taught American beliefs and American culture since Hollywood created a monopoly on the film industry. The cycle of globalization had been running on a very tight circle with not much being cycled back.

Now anime is a million dollar industry and has spread it's power all over the world. JDramas are being imitated in Korea and KDramas are beginning to spread their wings in the US. A friend of mine was telling me that she had moved onto KDramas because she was tired of American ones going on forever. Truly proving that Japan is starting to, as Koibuchi says, change the center of globalization.

When it comes to manga, I can honestly say that one of my favorite things about it is how you can me immersed in another countries expression of their culture. I went to a small college (less than 800 people) and had no Japanese culture classes to get me by. I watched a lot of anime and read a lot of manga and started noticing all the similarities I could. Learning what I could from my limited resources. When I moved to Japan and started learning Japanese, I read manga to get a better hand on conversational Japanese and to help with my kanji.

There are certain mangaka that are unafraid to saturate their stories and characters with references and personalities that casual readers won't know or understand. They are like cultural homework with numerous translation notes about random nick-names for celebrities or slang.

All of which Kurage Hime has in spades.

Mountain Climbing and Kokou no Hito

As a manga reader, I find that the older I get, the more seinen manga that I read. Mostly I think it's just a maturity concept: There is only so many boob windows that I can take in shonen and so many pretty boys in shojo.

So it makes sense that my return to manga would be from a seinen title and also from a mountain climbing manga. Kokou no Hito is a seinen manga, based on a real Japanese mountain climber, written and drawn by Sakamoto Shinichi. This manga was a way for me to see if I am a fan of the mountain climbing sub-genre, and also a way to reapply myself to some serious and emotionally challenging topics. 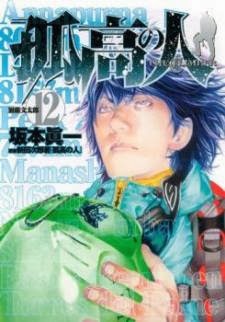 Apologies for the Hiatus

To everybody who has been posting comments and asking about me, I humbly thank you for pushing me back into the blog.

Some of you might remember, that I was a graduate student working on a degree dealing with the depictions of hikkikomori characters in manga; I am happy to say that I have finished and graduated. (YAY). That being said, I was very much in need of a break from manga for a while and have just put my toe back into the waters to test the temperature again.

I'll have a post up in the next couple of days for the latest manga I finished, but I am looking for some new reading material!

If you have any great recommendations for a lapsed reader, I am open to all genres and mangaka! Please leave a comment in what you think I should be reading and I shall add it to my giant list.

Again, apologies for the hiatus, but I'm back now! 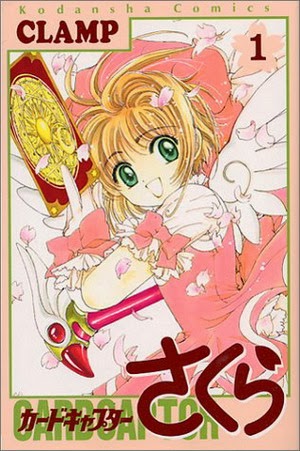 To modern manga readers it comes as no surprise that manga is heavily designated by gender and age. You have shōnen and seinen for males and shōjo and josei for women. Each genre has specific narrative boundaries and tones that are heavily weaved into each title and make it easier for consumers to gravitate toward the magazines that hold what they want.

The main reason why I have started thinking about this idea was that lately, I have been interested in reading manga that depict Japanese traditional culture, particularly yokai, Japanese traditional monsters and spirits. After I read Black Bird, I really noticed something in the way that all the yokai were drawn by Sakurakoji in comparison to the yokai that I read about in Kekkaishi.

What follows is a quick foray into my thoughts on not only yokai manga, but how manga has been slowly breaking out of the genderification that it has, almost willingly, put itself into.

Akagami no Shirayuki Hime and Women with Agency

Last post, I discussed how we were able to apply and connect Twilight criticism to the Japanese manga Black Bird. When looking at popular culture, from any country, I am always looking into what kinds of behaviors that piece is trying to teach the target audience. Does this show/book/song try to tell people what is considered masculine? Is it trying to tell women how to attract men? Are the young men and women reading that YA novel truly connecting and understanding what the author is trying to imply they are going through? How does that particular fandom respond to certain characters and what kind of fan enterprises are they embarking on? These are all questions that many pop culture critics and scholars research and expand on to further, scholastically, understand what constitutes "popular" and what a phenomena reflects back on to the culture that is consuming it.

While I was reading Black Bird, it was impossible not to see the obvious and tonal connections between the book/movie and the manga. As I said last post, Twilight could have been a shojo manga, it's tone, characters, and plot fit into the established genre so well. It was no surprise that the Japanese market picked it up and was widely popular. Never mind what unhealthy information about relationships the two imparted to its readers.

This post, I am looking at the complete other end of the shojo spectrum with a manga that's not too widely popular and a lot less soapy. Out of LaLa magazine, the one publishes Natsume Yuuchincho, comes the story of Shiyuki, or Snow White, is a rather inverted look at the fairy tale. 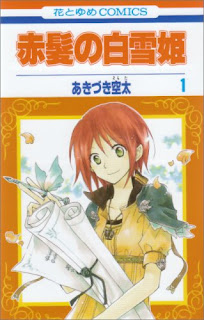 In the year 2005 a new pop cultural phenomena was launched and spread throughout the world. It released a giant of a question onto the world at large: Are you team Edward? or team Jacob?

I am, of course, referring to the giant franchise that spans 4 books, 5 movies, was on the NYT Best Sellers list and propelled Kristen Stewart into almost every home. That phenomena would be Twilight.

Now, I am not really going to go on about my opinion of the books one way or the other. I have actually read 2 of the 4 books while I was in college. My suite mates and I were passing around romance novels my senior year of college and I remember reading Twilight, the first installment of the series, in a matter of hours. For a YA novel, it wasn't great by any stretch of the imagination, but it had heart, the situation was entertaining, and the writing was so easily read that my brain didn't have to engage at all. It was like reading a really good fanfiction that was bound in paperback.

In 2008 Twilight, the first book in the series, was translated and sold thousands of copies in Japan. My Japanese teacher, an older and very smart women, actually read them because her friends were talking about it. The series and the books were a huge success in Japan, which is not very surprising because when you read Twilight and you've read some old shojo manga, you recognize that the plots and characters are made very similar.

Which is why it shouldn't surprise you that I am going to be looking at how Twilight and Black Bird, are very similar in a lot of ways. 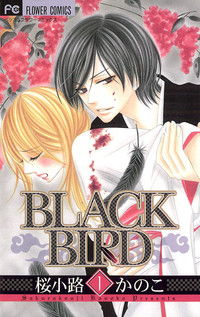 The joy of having such diversity in manga content is that there is always a manga to read that matches your mood.

Recently, I've been really uninterested in manga that make me think a little too much. It's probably all the reading I've had to do for school, but my mind just is not ready for Gantz at the moment. With this is mind, I headed to a manga that I could just read and enjoy without too much mind capacity needed.

So, I read Faster Than a Kiss, or Kiss Yori Hayaku, by Tanaka Meca. I have to admit, any of the manga that comes out of LaLa is usually a fun read. They tend not to be too serious, but have enough "cute tension" that you can flip pages quite easily and at a rather steady pace.

Within this manga, the biggest theme I saw was the created family. 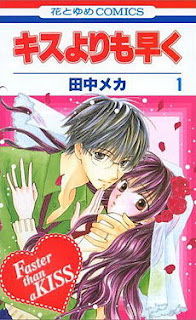